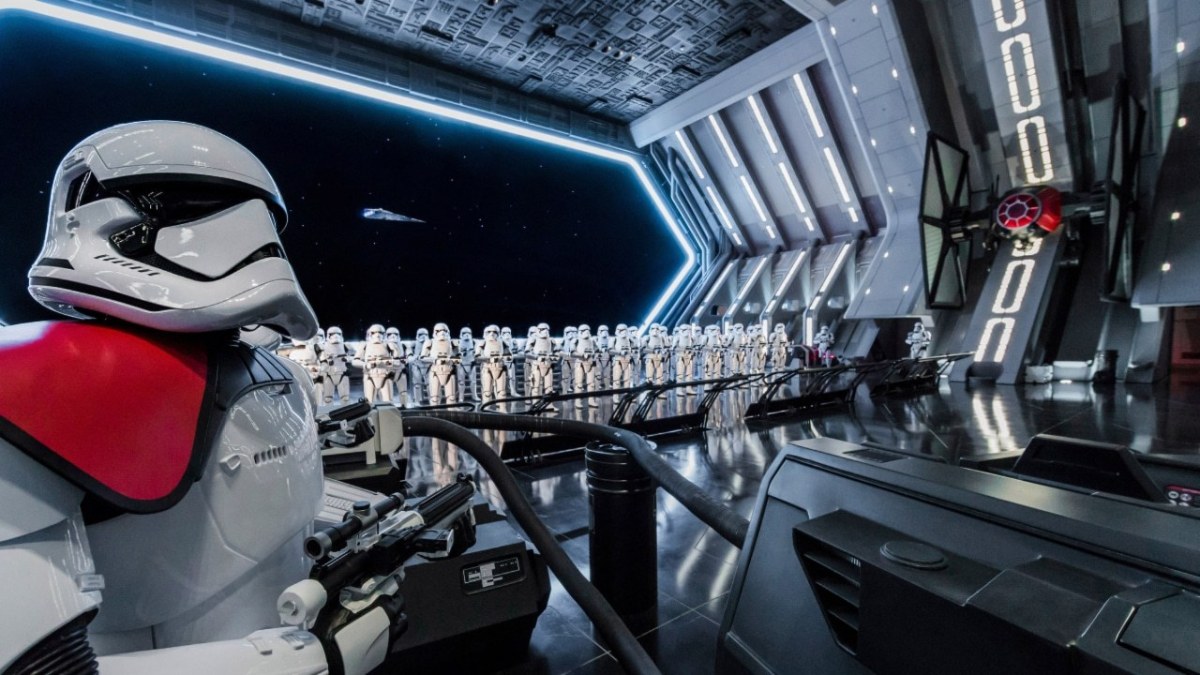 Over the weekend, Freeform gave viewers a sneak peek at the new ‘Rise of the Resistance’ attraction in a television special called ‘Star Wars: Galaxy’s Edge – Adventure Awaits.’ The attraction is coming to Star Wars: Galaxy’s Edge at Disney’s Hollywood Studios on December 5 and Disneyland on January 17. It is being billed as 4 rides in 1 will be at least 15 minutes long from start to finish, according to Disney theme park officials.

“Imagine being chased for 15 minutes by Kylo Ren and the First Order. Stormtroopers everywhere. Lightsabers coming at you,” Bob Chapek, chairman of Disney Parks, Experiences and Products, said of Rise of the Resistance during a new TV special. “It’s going to be fantastic.”

The new attraction will have guests playing the part of new recruits in the middle of a battle between the villainous First Order and the heroic Resistance in a dangerous off-planet mission. Along the way, the recruits will be captured aboard a Star Destroyer, break out of a First Order detention cell, elude the clutches of Kylo Ren, and escape back to a secret base on the Star Wars planet of Batuu.
​
The attraction will feature videotaped, holographic and audio-animatronic appearances by some of the characters from the latest Star Wars trilogy. The TV special showed scenes being filmed for ‘Rise of the Resistance’ featuring Daisy Ridley (who plays Rey), John Boyega (Finn), Oscar Issac (Poe Dameron), and Adam Driver (Kylo Ren).