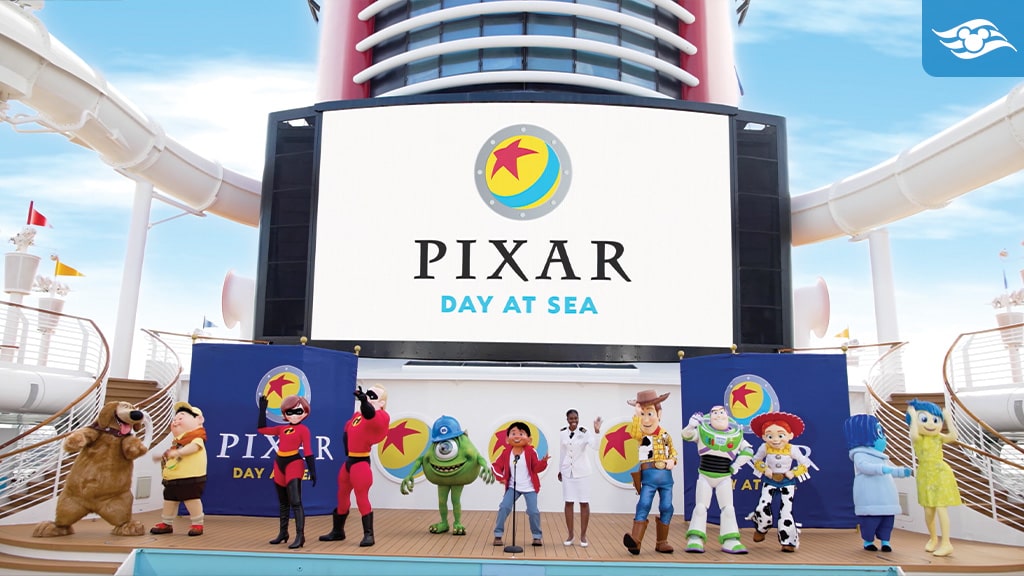 It’s not just the start of a new year – it’s also the beginning of an all-new themed sailing for Disney Cruise Line! This weekend, Pixar Day at Sea will make its debut on the Disney Fantasy, bringing to life the ever-unfolding stories of our favourite Pixar toys, monsters and heroes during one incredible day at sea.

On select seven-night sailings through mid-March, families will encounter more Pixar characters than ever before during this day-long celebration, from meet-and-greet opportunities, dance and pool parties, family activities and an all-new nighttime spectacular.

In addition to the incredible entertainment offerings, a multitude of new themed food and beverage items will also be available during these voyages, including a breakfast with Woody and friends, sweet treats that are sure to bring guests joy and a Pixar-inspired dinner.

Our crew members have been hard at work preparing for the debut of Pixar Day at Sea, but they aren’t the only ones. Take an exclusive look below as some of our favourite Pixar pals that are now on board the Disney Fantasy getting ready for the festivities!